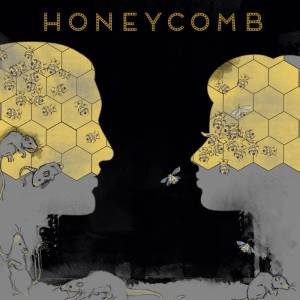 I recently took a road trip with some friends, and as with any good road trip, accompanying it was music aplenty.  Much of that music was mutually appreciated among the three of us, but I came back from the trip with more new music to dig into than a person should.

Probably the most significant and unexpected discovery was the band Summer Underground, described to me as a band with incredibly relaxing, calm music.  That certainly sums up the indie pop duo, consisting of Chrissy Sandman and Grant Carey.  The two contribute equally to instrumentals and to vocals, their music full of compelling duets and gorgeous harmonizing among a plethora of soft instrumentals.

I’ve slowly begun to listen to their work, starting with their 2014 Kickstarter-backed album, Honeycomb.  Throughout its 16 tracks is a calm journey of love told in a compelling and endearing fashion; as they described on the album’s Kickstarter page, it “explores the relationship between reality and fantasy; urban living and wide open spaces; monsters and twenty-somethings.”  Backed primarily by delicate piano riffs, Honeycomb is also occasionally driven by guitar, and is accented by strings, brass, and a variety of other instrumentals.  Meanwhile, the vocals portraying the story do so flawlessly both individually and together, with Carey’s deep, resonant crooning and Sandman’s light, Regina Spektor-esque vocalizations, never conflicting or drowning the other out but cooperating in perfect harmony (no pun intended).

It begins with the sweeping “Overture,” a gentle piano ballad with peppered tambourine and synths that explores a youthful yearning to escape from the familiar and explore the unknown, its free-dreaming nature coming through as the duo harmonically proclaims, “Everybody’s talking about how they wanna die young / But I wanna live forever.”

The style of the album is established here, with “Overture” lacking any particular verse/chorus structure; Honeycomb focuses on telling its tale with recurring themes and figurative language, and sometimes that fits into a slightly more traditional format, but mostly it just flows freely and creatively.  When it does stick more closely to the norm, it always feels purposeful, done for a good reason and not just because that’s how it’s done.  “Truce,” for example, makes use of repetition branching off of the lines, “I was changing everything about myself / To please you,” but that repetition (plus the slight alterations on each occurrence) serves to powerfully establish a harsh truth.

This does mean that you’re unlikely to be singing along as quickly as you might normally, and that it may take longer to latch onto specific songs with few clearly outlined choruses to aid in that process; but the reserved nature of the music means that it isn’t suited as much to enthusiastic sing-alongs anyway.

That said, while the album primarily offers a relaxing experience, it does also have its livelier numbers for those looking for something different.  The consistent drumbeat of “Stranger” brings it to life as it explores distrust in a relationship, and soft guitar and snare drum make “Beacon” feel lively even amongst its mournfully reminiscent lyrics.  “Rats of New York City” is one of the most compelling compositions of Honeycomb, beginning slowly with mere piano and vocals, becoming more animated until it reaches its climax where it adopts the tune of “When the Saints Go Marching in,” its percussion accenting the rising tempo.

It’s difficult to recommend too many specific tracks, however. I find that, while I’ve latched onto some songs as my early favorites, even those that I enjoy the least truly have something beautiful in them.  Honeycomb isn’t an album with duds; it’s a creative collection of music, an endeavor of love that Summer Underground evidently poured their hearts into.  It’s warm and comforting, poignantly heartrending, full of magic as well as the real and relatable.  If you enjoy gentle, melodic music, and you want to experience a wonderfully immersive album experience, you’ll want to try Honeycomb.